Alix died in January 1987. This newspaper article, written for The Times by Daniela Neumann in 1989, recounts her life story. 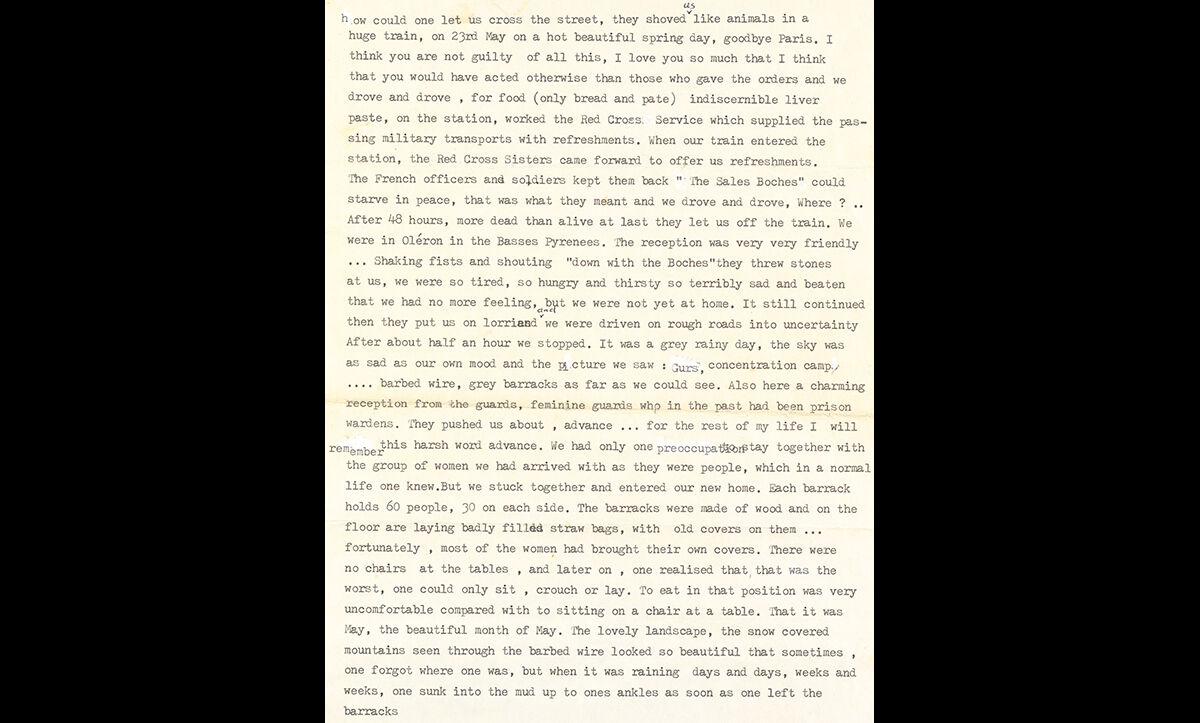 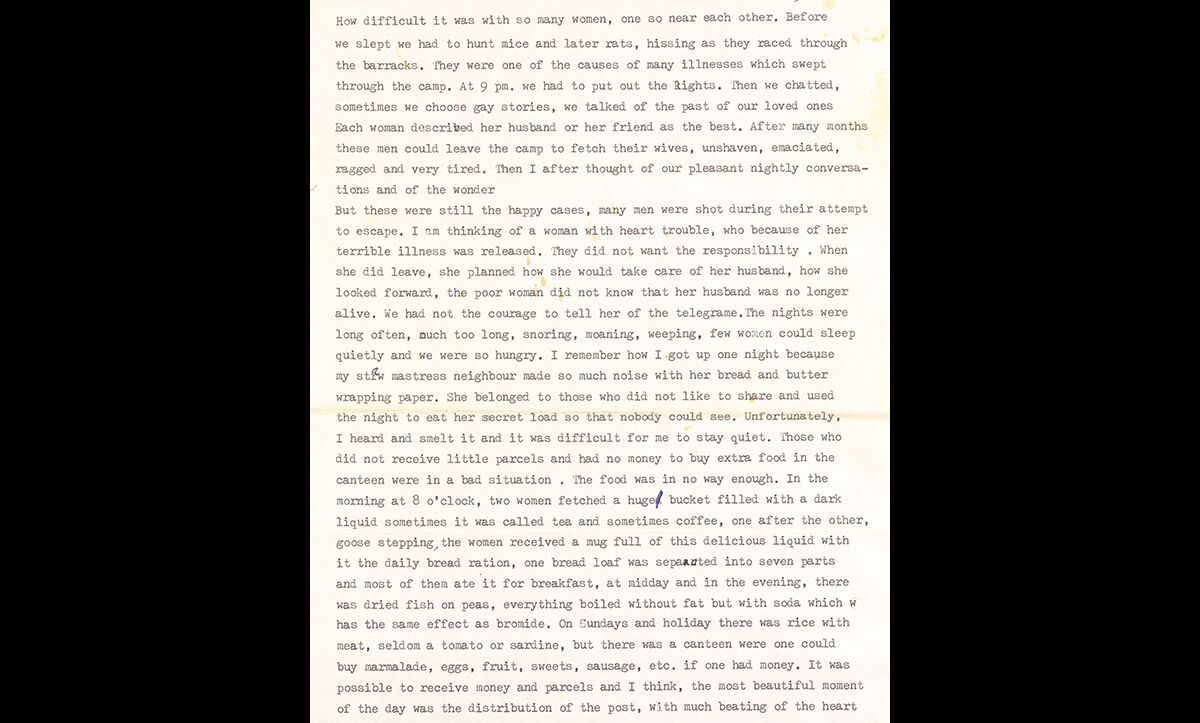 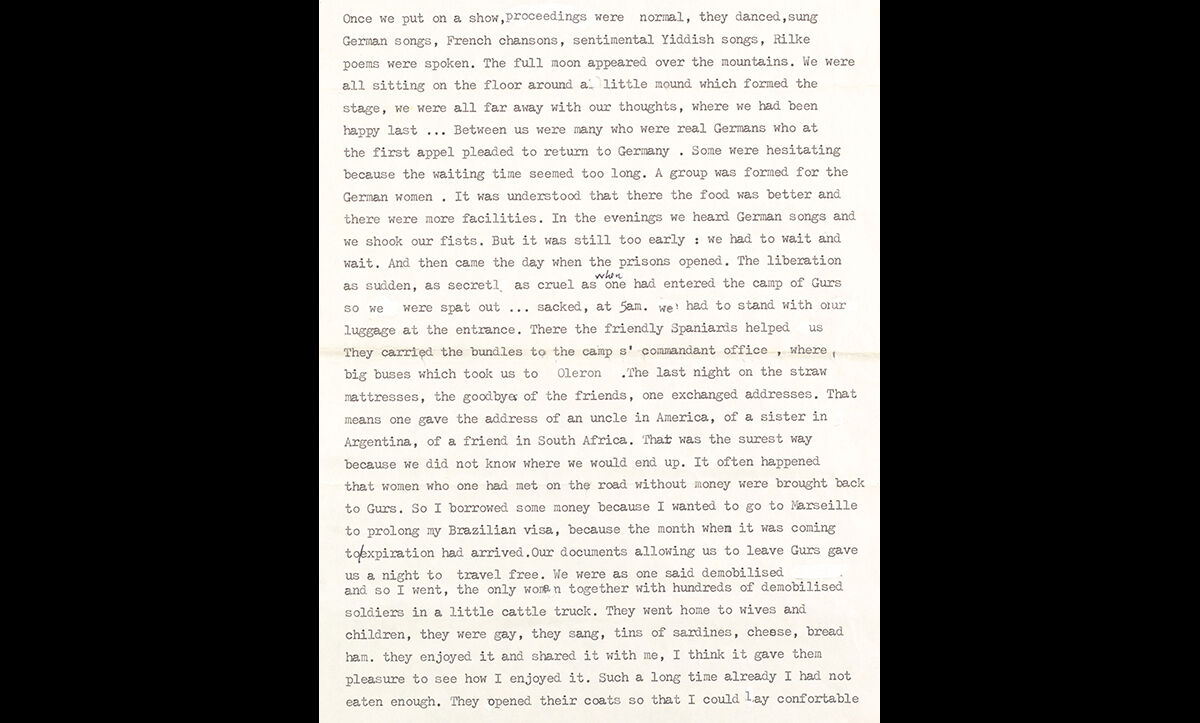 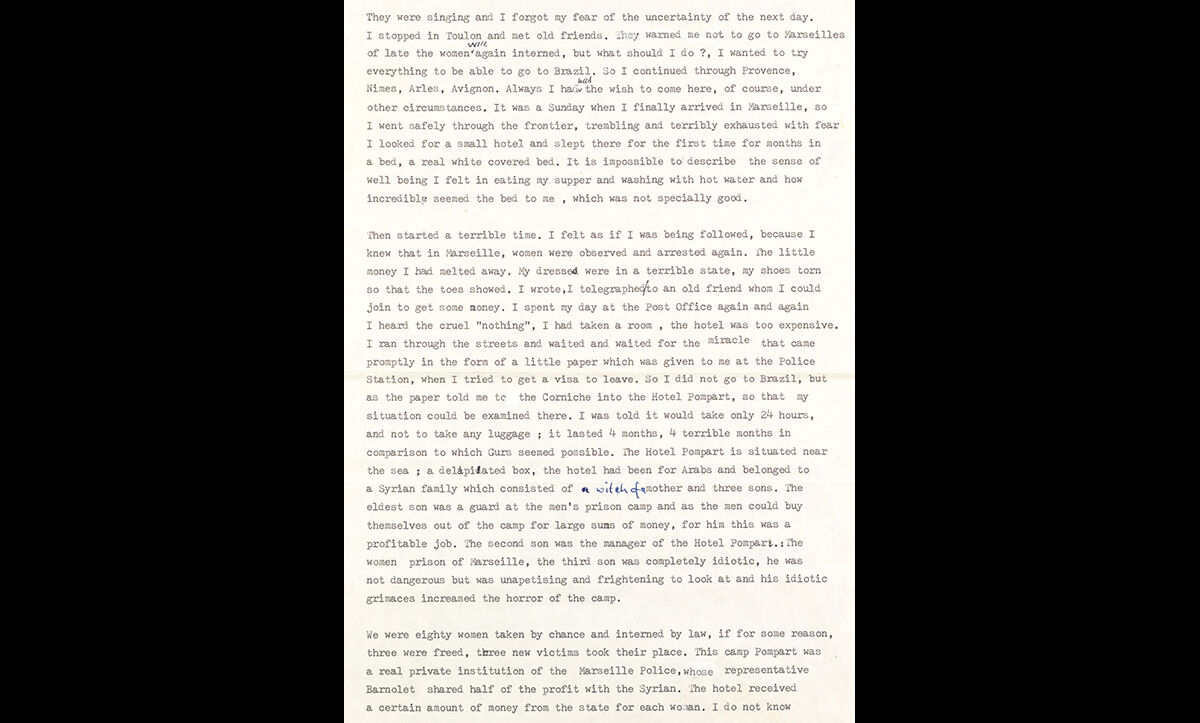 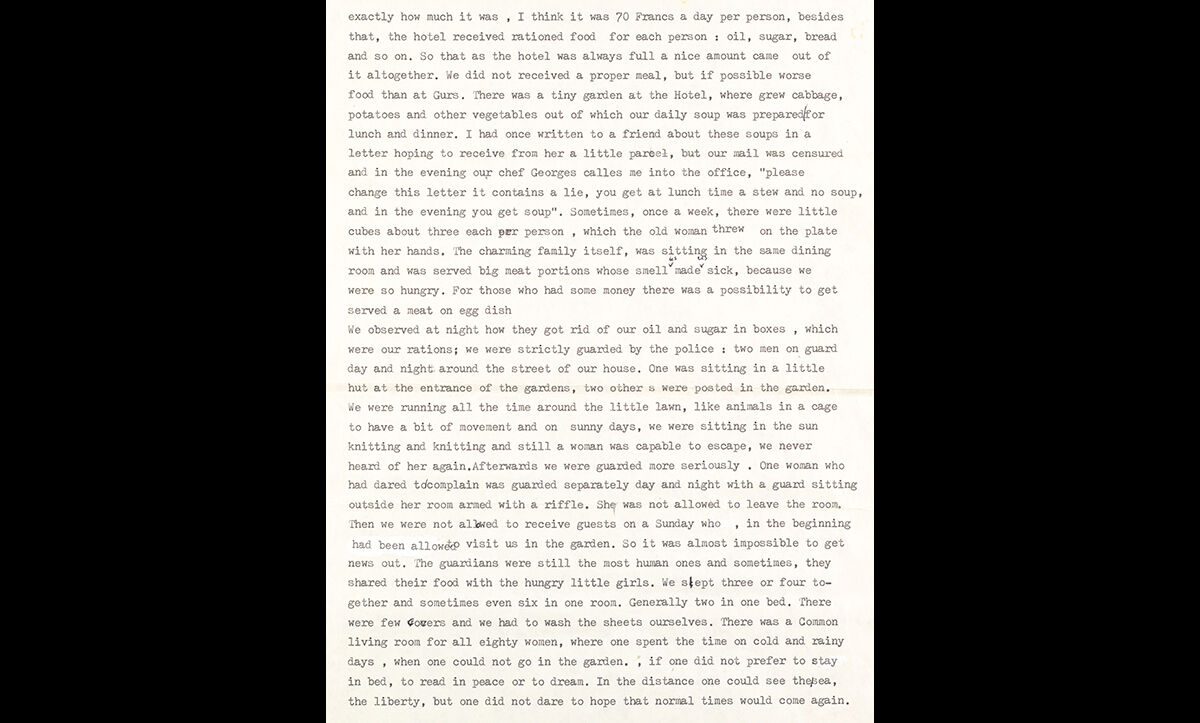 Alix Preece (née Stiel, c1896-1987) was born in Hamburg, Germany to an affluent Liberal Jewish family. In 1927, Alix went to study in Paris and, two years later, decided to stay permanently in France.

With the outbreak of the Second World War in 1939, all residents of German origin were interned and on 15 May 1940 she was taken to Gurs internment camp. Shortly before the armistice between the French and German governments, Alix and the other Jewish inmates were suddenly released.

Fearing persecution under the Nazis, Alix quickly travelled to Marseilles in the hope of renewing her Brazilian visa, the country to which her mother and elder brother had already fled, her other brother had gone to live in Sweden. However, Alix was refused a visa and detained by the Marseilles police for four months.

Eventually, Alix managed to contact the Swedish ambassador who helped secure her release. She then travelled to Portugal and offered her services to the French Army in Algiers. However, because of her name they thought they had hired a man and when she arrived they left her stranded – as they were only looking for men to fight in the forces.

It was in Algiers that Alix met her future husband, Leslie Preece, who had been serving with the British Army in the RAF since 1940. On his return to England, Leslie managed to get Alix a visa to enter the UK, and they then settled in Edgware, London.

In 1957, Alix gave a testimony of her experiences to The Wiener Holocaust Library, a copy of which is available on our ‘Testifying to the Truth’ website.