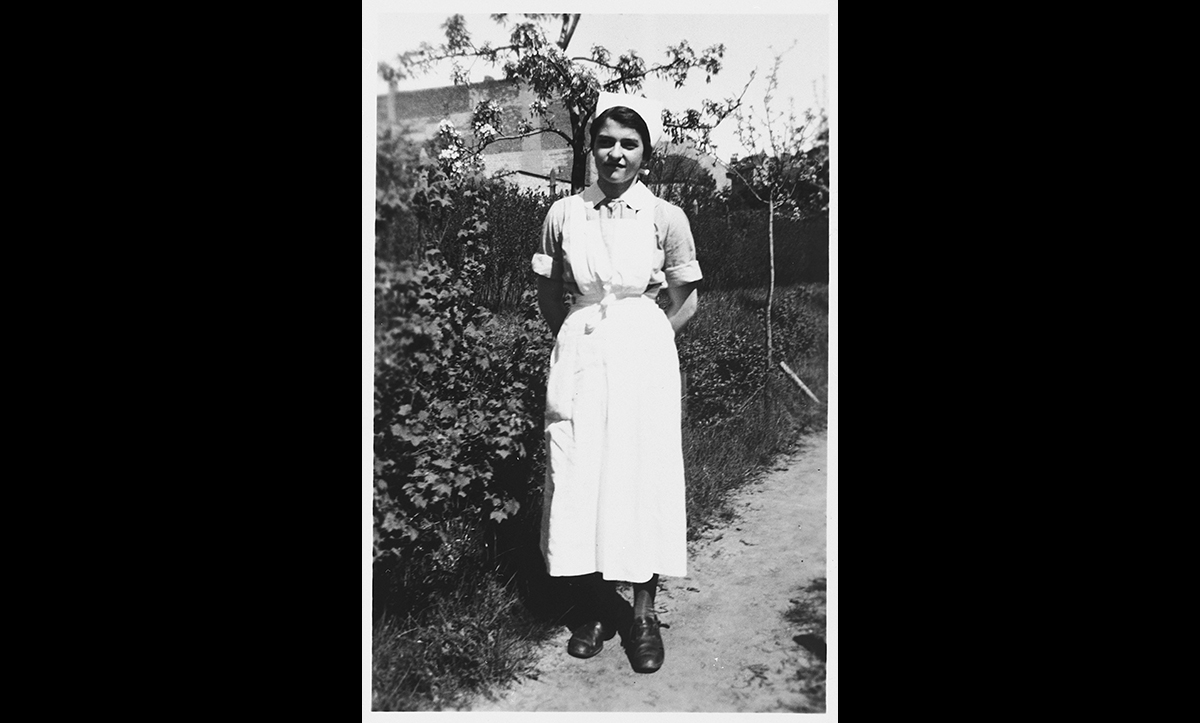 A photograph of Alice Redlich taken in Berlin in April 1937, where she was studying to become a paediatric nurse. 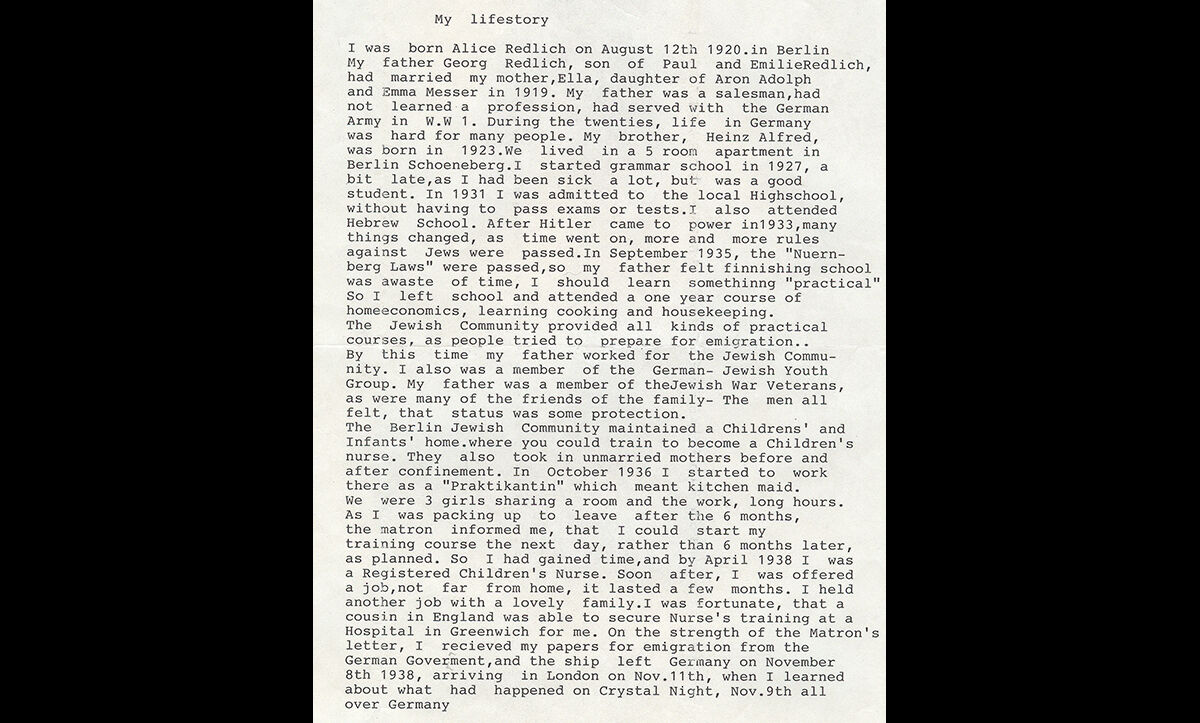 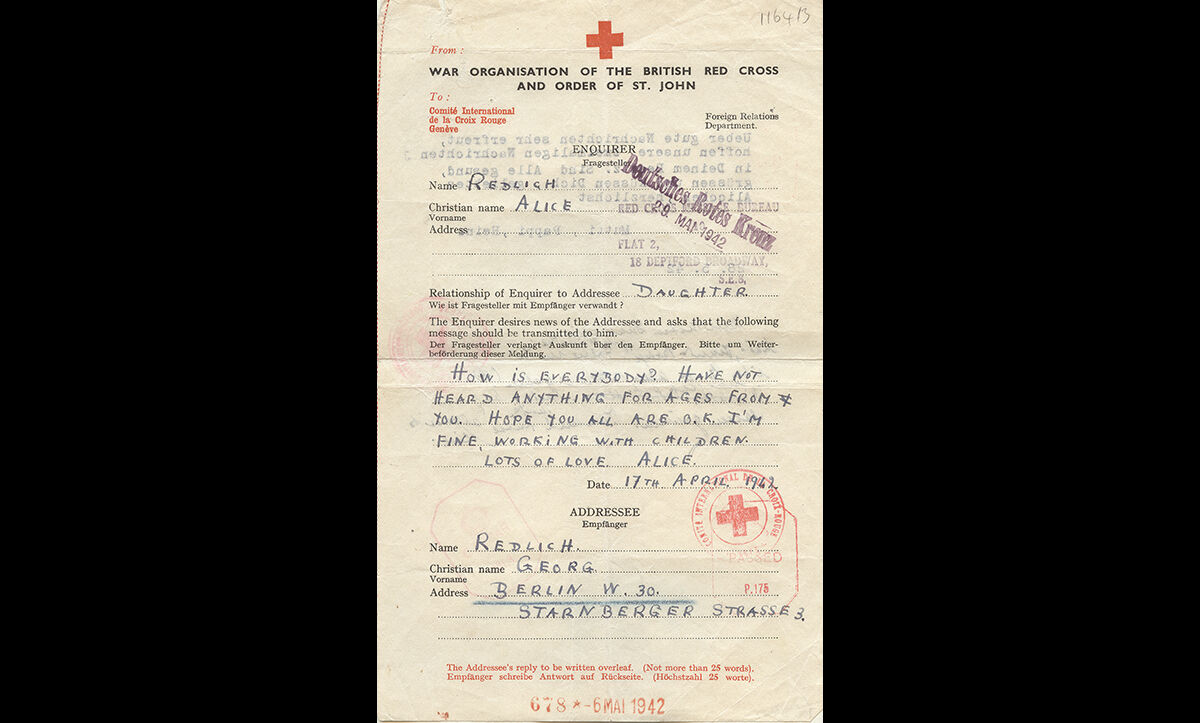 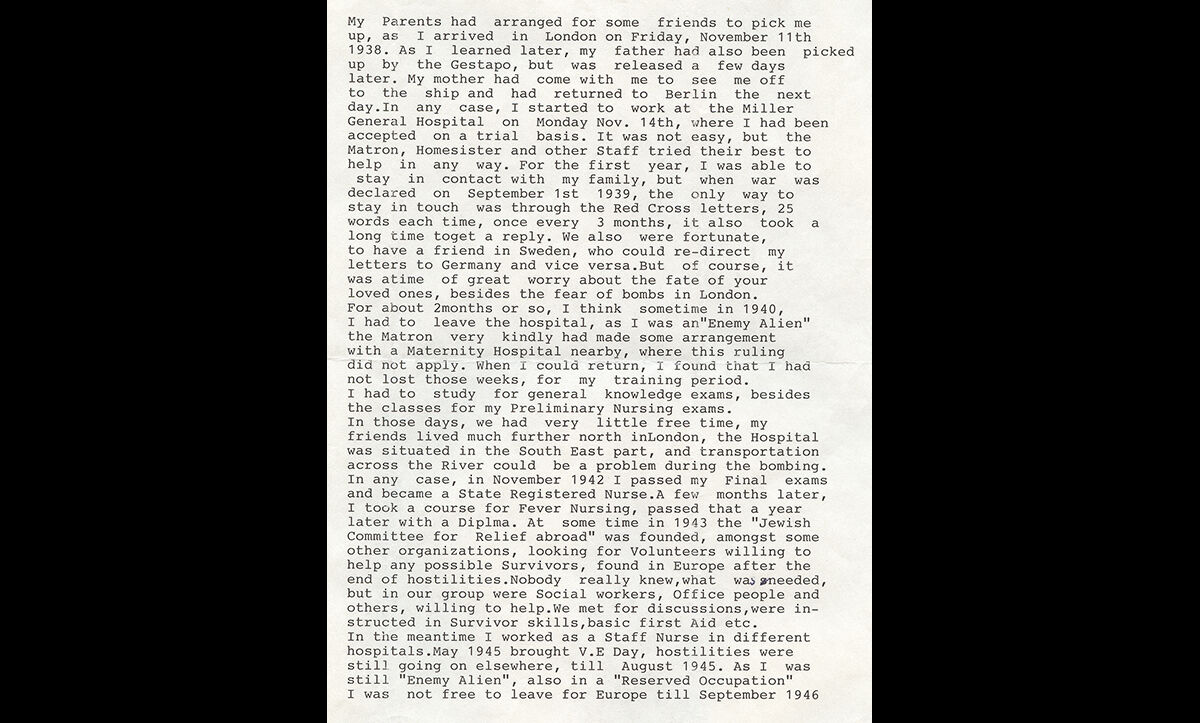 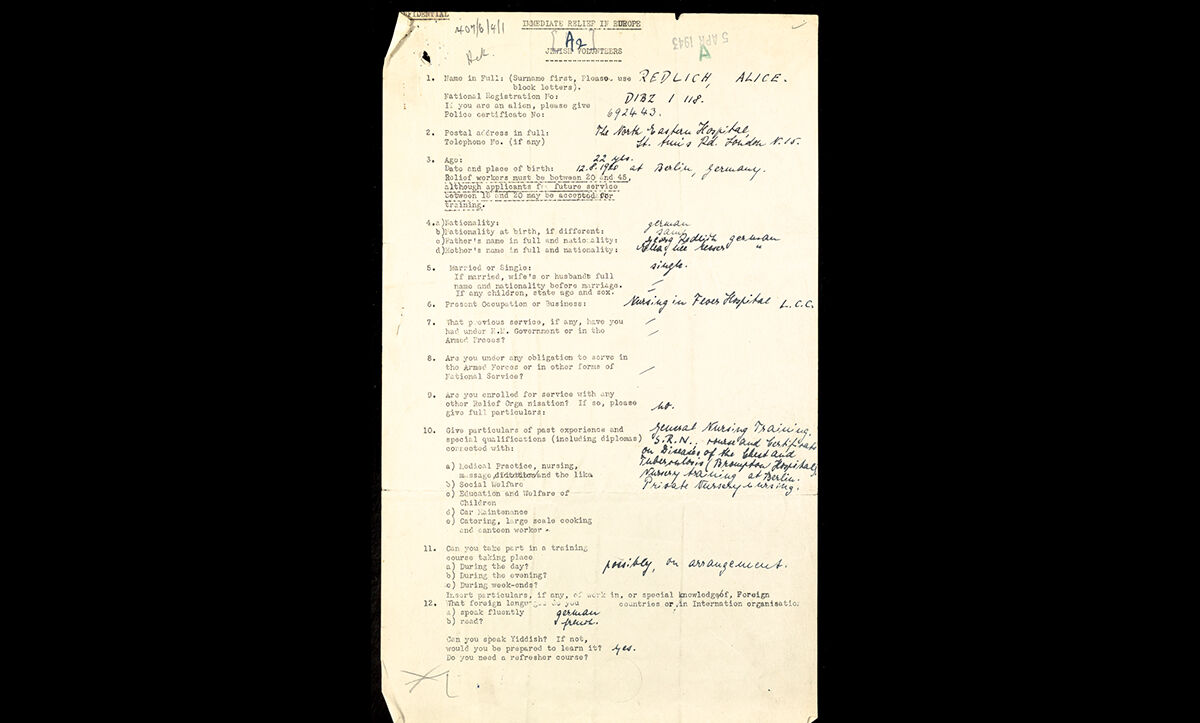 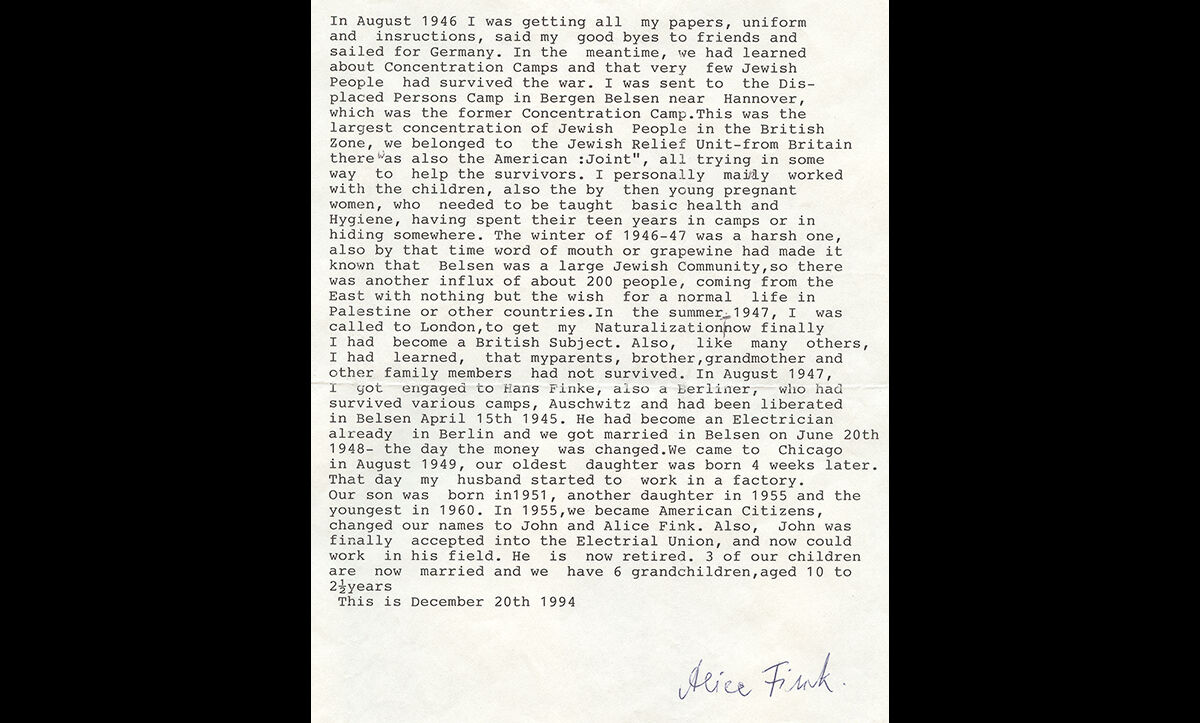 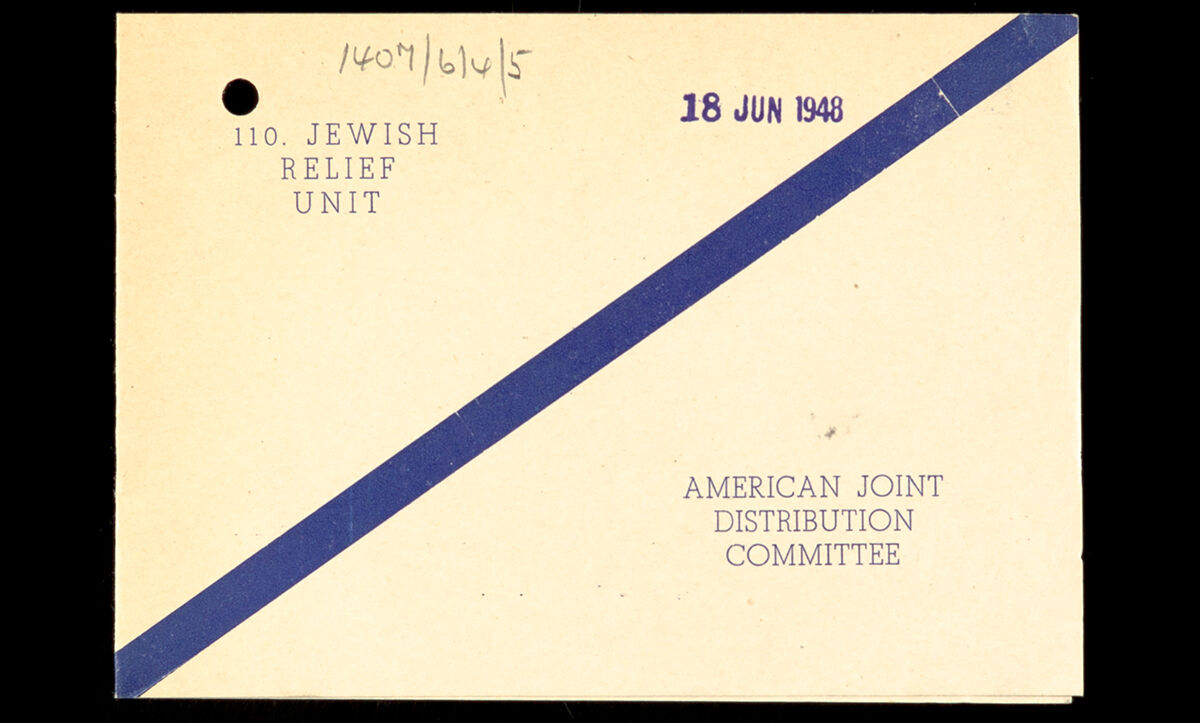 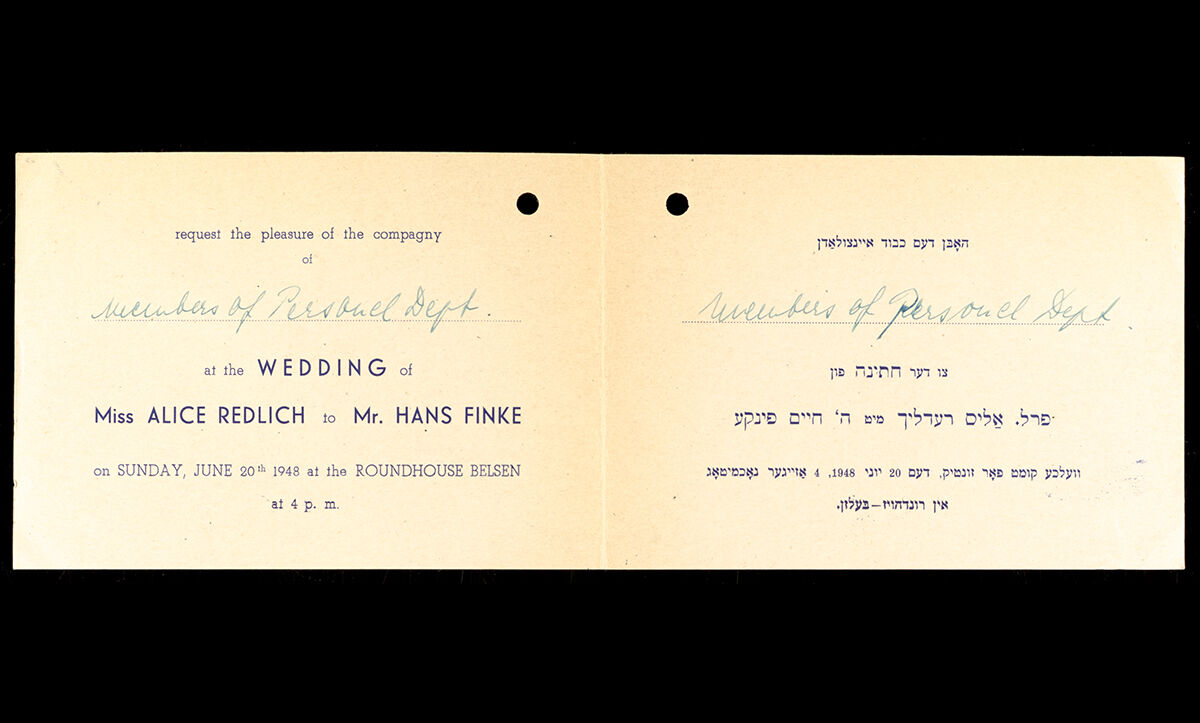 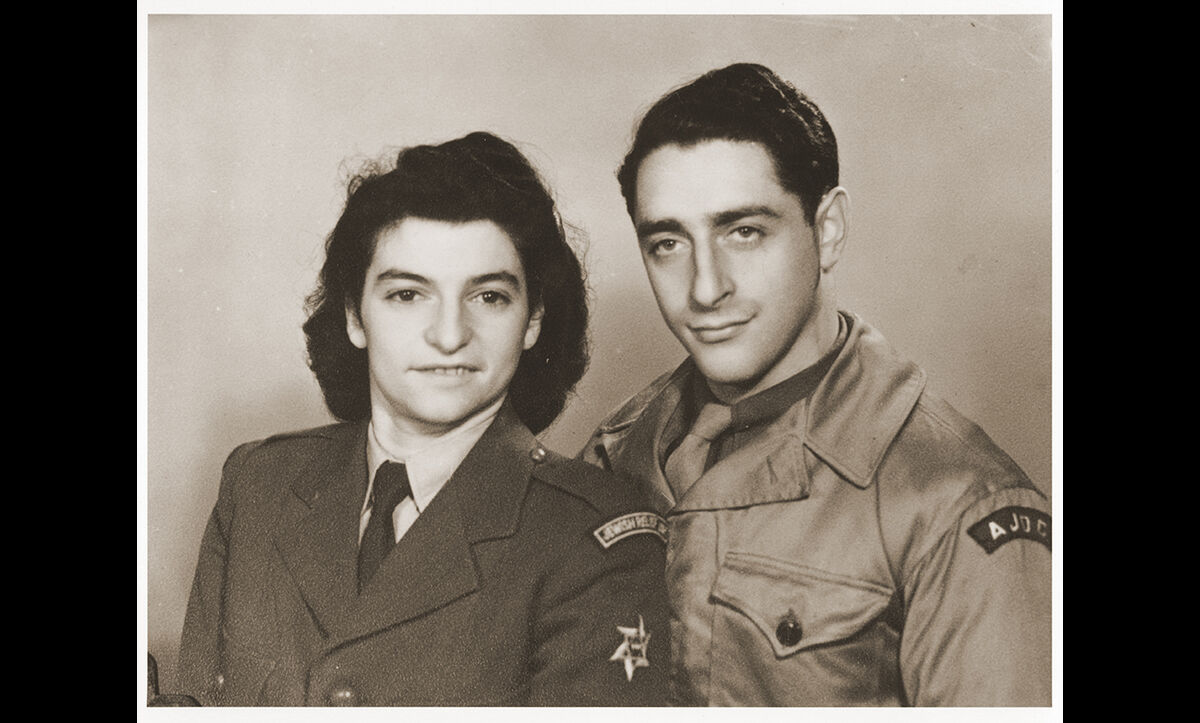 Alice Finke (née Redlich), was born on 12 August 1920 in Berlin to Georg and Ella Redlich.

After attending school, Alice’s father encouraged her to train in a ‘practical’ career and, with the help of local community organisations, Alice became a registered children’s nurse in April 1938.

Later that year, amid the rising danger for Jews in Germany, a cousin in England secured work for Alice in a hospital in Greenwich. After travelling for two days, Alice arrived in London to news of the devastation of Kristallnacht (an anti-Jewish pogrom) on 11 November 1938.

Throughout the war Alice continued to work for the hospital and in November 1942 she passed her final exams to become a state registered nurse, following which she specialised in fever nursing. In 1943, Alice volunteered to join the Jewish Committee for Relief Abroad, an Anglo-Jewish relief organisation set up to aid Jews in the aftermath of the war, and she was deployed to Bergen-Belsen with the organisation in September 1946. In Belsen, Alice met her future husband, a fellow Berlin Jew and survivor, Hans Finke.

Throughout the war, it had become increasingly difficult for Alice to communicate with her family in Berlin, and her last contact with her parents was in 1942. After the war, Alice discovered that her parents, brother, grandparents and other family members had all been murdered by the Nazis.

In the summer of 1947, Alice became a British citizen, and the following year, on 20 June 1948, married Hans Finke. In 1949 the couple moved to Chicago, United States of America, and became American citizens in 1955. They had four children together.