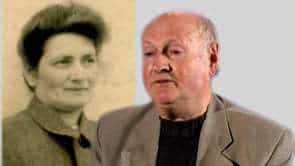 In this video and the extracts following it, Simon tells his story. 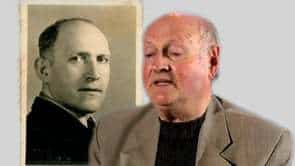 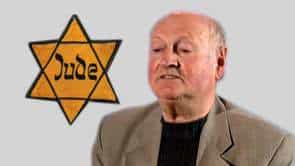 In 1941, Nazi Germany launched Operation Barbarossa , the code name for the invasion of the Soviet Union. This invasion broke the Nazi-Soviet aggression pact which had been signed just two years prior.

In this video, Simon describes what life was like under the Nazi occupation, and some of the antisemitic measures that they implemented. 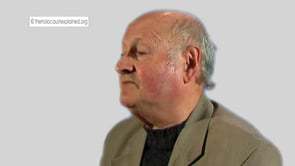 After occupying Radzivillov, the Nazis created a ghetto where they imprisoned the town’s Jewish population, including Simon and his family.

Conditions inside the ghetto were abysmal, with widespread starvation. 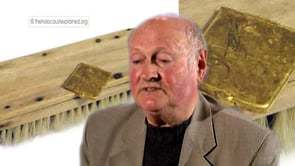 After a mass execution of 2000 Jews who had been imprisoned in the ghetto, Simon’s father came up with a plan for the family to escape.

By September 1942, the family had left the ghetto and lived in hiding. 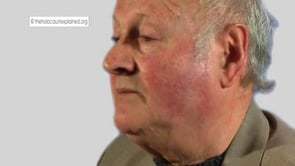 Simon and his family escaped the ghetto in September 1942, after his father managed to bribe one of the German guards.

In this video, Simon describes their escape. 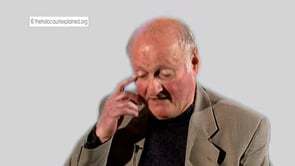 Between September 1942 and their liberation in early 1945, Simon and his family lived in hiding in the cellar of a barn.

In this video, Simon describes what life was like as a child living in hiding. 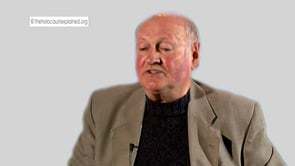 In this video, Simon explains what he hopes his legacy will be.

Simon Winston was born in 1938 to a Jewish family in Radzivillov, Poland.

In 1941, the Nazis occupied Simon’s town, imprisoned Simon and his family in a ghetto and subjected them to antisemitic laws.

Conditions in the ghetto were abysmal, and, following an execution of 2000 Jews in 1932, Simon’s father arranged for the family to escape the ghetto by bribing one of the German guards.

After escaping from the ghetto, the family survived by hiding in the cellar of a barn until liberation in 1945. After the war, the family were unable to return home and spent time in several Displaced Persons camps before emigrating to England, where they settled.

After attending school, Simon became a civil engineer and then a teacher.