Before giving birth, Eva’s mother, Anka, had survived three years in Theresienstadt , deportation to Auschwitz-Birkenau , six months of forced labour in an armaments factory in Freiberg, and a three-week train journey in a coal truck to Mauthausen , which was liberated shortly after their arrival.

Anka’s husband was Bernd Nathanová, whom she met and married in Prague in February 1940. Shortly after, the couple were deported to Theresienstadt . In Theresienstadt, Anka became pregnant with their first child, Dan, who then died of pneumonia aged two months. Anka fell pregnant again, this time with Eva, but, soon after, Bernd was deported to the Auschwitz-Birkenau camp complex. Anka volunteered to followed Bernd but the couple were not reunited at the camp, and Bernd was murdered on 10 January 1945, just days before Auschwitz was liberated by the Soviet army.

After the war, Eva and Anka returned to Prague, where Anka married Karel Bergman. In 1948, the family emigrated to Britain, where Eva still lives. 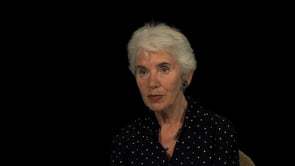