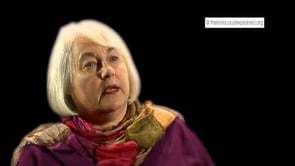 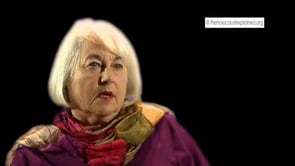 Prior to the war, Joan’s parents were both Polish Jews living in Paris. Joan’s mother was a widow, with one daughter, Lilane, from her previous marriage. Joan’s father worked remotely for his family’s business, a fashion and soft furnishings factory based in his hometown of Tarnow, in Poland.

They were married in Poland in February 1938, and lived in Paris. The family relocated to Brussels in 1939, in the hope that it would stay neutral during the war.

Joan, then known as Fanny, was born in February 1940, three months before the Nazi invasion and occupation of Belgium. 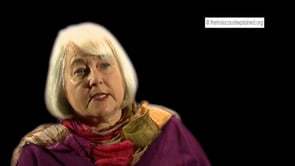 After relocating from Brussels to France, Joan, her mother and her sister had to register as ‘aliens’ every week. 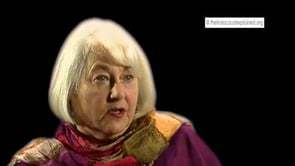 Joan describes life for Jews under the Nazi occupation of Paris. 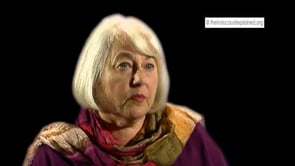 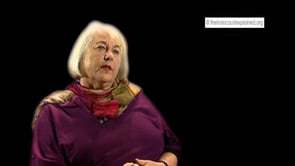 In the mid-1940s, Joan, her older sister and her mother attempted to escape France by walking over the Pyrenees mountains to Spain. They were eventually caught by the Spanish police.

In this video, Joan describes the journey.

Joan Salter (born Fanny Zimetbaum) was born to a Polish Jewish family on 15 February 1940 in Brussels, Belgium. Joan had one older half sister, Lilane. Just three months after Joan was born, Belgium was occupied by Nazi Germany.

By 1941, the family had relocated to Paris in the hope that it would be safer.

However, after the Nazis’ round-ups of male Jews in June 1941, Joan’s father relocated further away to Lyon in Vichy France. Joan, her mother and her sister joined him in 1942, after being smuggled out of Paris in a laundry van by the French resistance.

After the family were reunited in Lyon, Joan’s father was arrested and placed in an internment camp. He escaped and travelled to Spain and then Portugal. Joan, Lilane and their mother attemped to follow him on foot by crossing the Pyrenees mountains but were caught by the Spanish police.